Of course I ran out of deodorant on a 41 degree day, in the middle of a heat wave. But I have been waiting for my current commercial brand of roll-on to run out so I could try a homemade pit paste. There’s a bit of hype around the toxicity of deodorants and according to Time magazine it’s within good reason.

Research shows that some compounds used in deodorant are absorbed and stored in fat cells, which are prevalent in the underarm area, says Philip Harvey, Ph.D., editor in chief of the Journal of Applied Toxicology. Your underarm tissue also contains hormone receptors, which could react to some of those same deodorant ingredients, Harvey says.

Of those ingredients there are 5 in particular to be weary of and in her book Fresh Faced Beauty, Alex Brennan explains why:

Now, not to say your deodorant contains any or all of these ingredients (the EU has banned phthalates in cosmetics), but to be on the safe side (and once again to reduce packaging) why not make your own!

Unfortunately I do not know who to credit this recipe to, I have it jotted down in my magical book of recipes, which I have picked up from many Tom, Dick and Harry’s. I think it’s a fairly standard recipe that has probably been around the block. 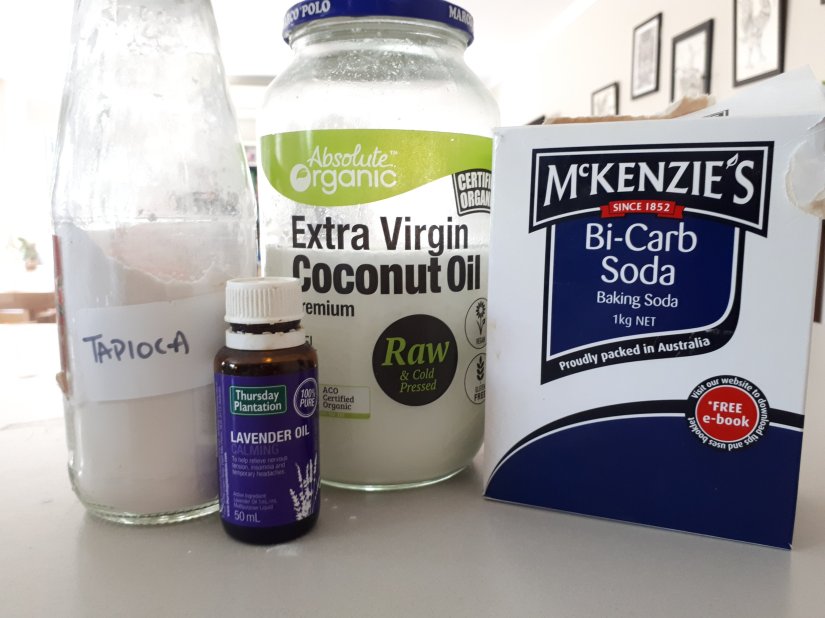 Pour all the ingredients into a jar. Mix together to form a paste.

So far I have been BO free for three days and we are still in the midst of a heat wave, which is surely testing the pit paste to its limits. I don’t know how it will perform under the harsh conditions of a gym sesh but I have faith!

UPDATE: It’s been two months since switching to the sole use of homemade deodorant and I am converted! I love how simple this recipe is and absence of harsh chemicals. I will note though, it is important not to use too much, especially on those really hot days as I did this once and the extra oil stained one of my t-shirts.