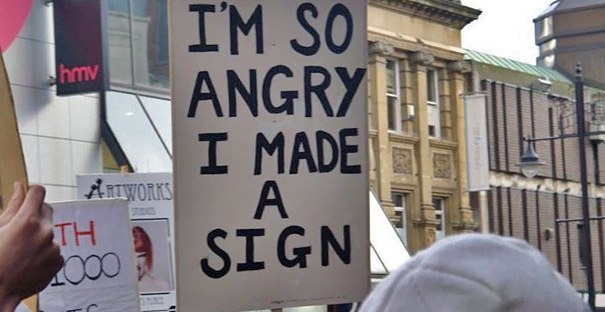 For the last 8 months, since starting this blog, I have been concentrating on the micro – DIY recipes, composting, making sure I turn power points off and unplug chargers, saying no to plastics and avoiding buying new items.

This week I concentrated on the macro – activism, advocacy and altruism. I wrote a letter to parliament, researched which charities to donate to and volunteer opportunities (I was supposed to volunteer but more on this later).

Contacting your member of parliament (MP) is a way to have your voice heard on issues that matter to you. According to the Parliamentary Education Office, the role of a MP includes:

Until now, I never bothered to write a letter to my MP. I think I felt it was too bullish and I would be seen as a nagging protestor. But this week I learned our MP’s care what we think because we’re the ones voting for them and the task of writing an email wasn’t as daunting as I’d made out in my head.

On Wednesday the 8th of August, the Victorian parliament voted on whether to introduce a container deposit scheme (DCS). I took this as an opportunity to write to my local MP to express how I wanted the vote to go. I got some great tips on writing a letter from The Climate Council.  I also sent a copy to the Victorian Environment Minister, The Hon. Lily D’Ambrosio MP and here it is:

My name is Samantha Rodgers, I am a Victorian constituent and I am writing to you in regards to implementing a Container Deposit Scheme (CDS) across Victoria. As I understand there is a vote to be taken by the Victorian Parliament on Wednesday the 8th of August 2018 I am a keen environmentalist and I care deeply about looking after our world so that it can be enjoyed for generations after us, including that of my daughter.

I understand the Andrews government has pledged a $37 million package aimed at tackling recycling. This is a great step towards ‘cleaning up’ our current recycling infrastructure, developing new products from recycled material and community education. However, it fails to address the current problems we face with plastic litter entering the environment.

I’m sure you are well aware of these statistics already; nevertheless, I will reiterate them to stress my point:

I strongly believe by implementing a 10 cent CDS, this will help limit the amount of plastic entering the environment. People love an incentive, and although 10 cents doesn’t seem like much, Victorians will now be able to put a value on their rubbish. We can look to other states like South Australia for inspiration and Melbourne will remain Australia’s ‘Most Livable City’.

The benefits of a CDS include:

I strongly believe a CDS will increase rates of recycling in Victoria and help stem the tide of current litter.

However, despite all of what I have detailed and despite what the government has pledged, sadly it is not enough.

What we need in conjunction with a CDS is to quit our convenient relationship with single use plastic and do it NOW. Plastic is a finite resource, but what’s more finite is the beautiful environment we have been gifted if we don’t make some serious changes – we need to drastically curb single use plastic production if we want to see real change in the way it is disposed of.

Where recycling should be the last option, not the first, or the only one available.

When I walk along the St Kilda foreshore and pick up a handful of sand with colourful pieces of shell, only to realise its microplastics, I want to weep. Weep for what we have done, weep for what I feel I cannot control and weep for what we will leave behind.

I hope you take this letter in earnest and I look forward to hearing from you.

Unfortunately a CDS was not voted in and Victoria and Tasmania will remain the only 2 states without one.

I found the task rewarding, informative and I really did feel like an activist on an issue that is important to me.

I have donated to charities on and off over the years, with no loyalty to any one in particular. For the last 18 months I have been donating to Greenpeace Australia Pacific.Why Greenpeace? Because they called me up and bluntly asked for my money. Put on the spot I obliged. Then, about a month ago I received a call from a marketing company working on behalf of Environment Victoria asking me to make a regular cash donation… like the sucker I am, I said yes and signed up. So now I make monthly donations to both Greenpeace and Environment Victoria.

But is a large, and somewhat in-you-face worldwide organisation like Greenpeace the best choice or is my money better kept local, like Environment Victoria?

With so many charities to choose from, and little knowledge of how the money is spent by each organisation, I can see why people are confused and even turned off donating – that, and the annoying charity collectors on the street, also known as chuggers (charity mugger).

I stumbled across a little gem – ChangePath, an independent organisation that helps people make informed decisions about which charities to advocate, based on transparency, finances and privacy. Each organisation is given a star rating out of 7. Once again, someone has done all the hard work for me – winning!

How did my two charities stack up?

Greenpeace, one of the world’s most well-known environmental advocacy groups, scored 5/7 with ChangePath. They lost a point due to lack of historical records and another point for two financial losses in the last four years.

I like that Greenpeace push boundaries and get their voice heard. I’ve used their research for this blog and I believe in what they are fighting for – renewable energy, clean oceans, the end of fossil fuels and ending plastic at its source. Greenpeace have had some major wins over it’s 40 years and have brought environmentalism to the forefront. 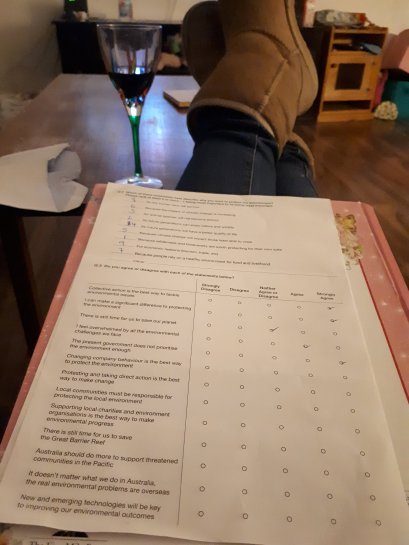 Filling out a questionnaire Greenpeace sent me about why I choose to support them, really got me thinking.

Environment Victoria is working really hard to ensure a cleaner future for all of us. They campaign heavily towards clean energy by taking the government head on, which I admire. Environment Victoria played a big role in the closure of Hazelwood, Australia’s oldest, dirtiest, coal power station and helped to secure ambitious renewable energy targets with the current government.

They are not on the ChangePath list but when I checked the reports I was able to find out they haven’t made a loss in the last 3 financial years, which means they are handling their funds well, while still achieving fantastic advocacy goals.

For the purpose of this post I only had time to research the two organisations I already give to, but I am sure there are many more deserving charities I could pledge money to. This will be an ongoing decision that I may change in the future – depending on what I want advocated, how the charity stacks up and if I believe they are achieving their goals. So to answer my own question – I think both charities have their merits and one doesn’t seem better than the other at this point.

No doubt the most challenging of the three, it’s one thing to give up our hard-earned cash, it’s another to give up our invaluable time – for FREE of all things. It is however, arguably the most rewarding.

I have dabbled in volunteering over the years, mostly for environmental charities, working in offices doing odd jobs. But even still, I often have an excuse not to, my time is precious and when I get a spare moment, I mostly want to sit on the couch watching Brooklyn Nine-Nine repeats!

Take Saturday morning for instance – I had planned to work with Beach Patrol cleaning up St Kilda beach for 1 hour from 9 to 10 am. But when I woke up, it was wet and miserable and I felt sorry for myself because I was  coming down with a cold – probably man flu in fact – so I didn’t go. I’ve convinced myself of many excuses over the years on ‘why not to volunteer’ including:

And I can only imagine I’ll have even more excuses and my time will be even more precious when I start working again. Juggling work, a toddler and then trying to get a minute to myself seems almost impossible at this point!

However, it turns out there are many benefits to volunteering and a lot of charities would not survive without the help from volunteers. Psychology Today lists these five advantages:

So, my goal by the end of the year and as a part of this audit, is to commit some time, it doesn’t have to be every week – Beach Patrol only meet once a month for an hour  – to an organisation or cause I believe in. This way, I will know if my excuses are valid or if they really are just that – an excuse, already contrived before I even make it out of bed!